Interior of Farmers State Bank circa 1922 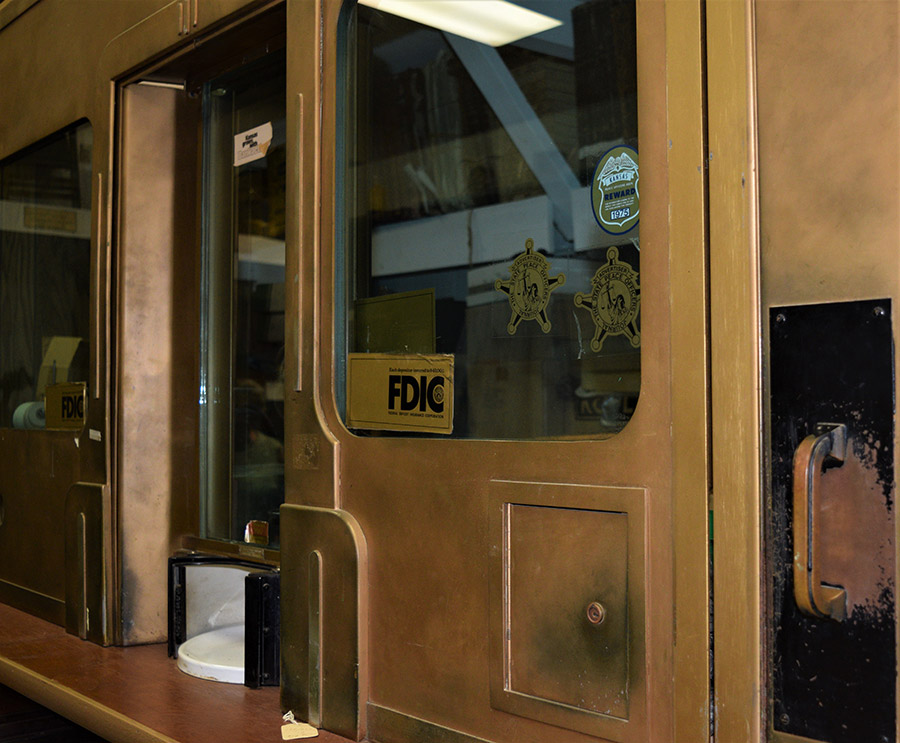 Interior of Farmers State Bank circa 1977

The bank was robbed in 1935 and again in 1937.  The directors then installed a bullet-proof security front as protection for bank employees as well as for its assets. In 1975 the 18 current stockholders, most of whom were descendants of the 26 original stockholders who chartered the bank back in 1913, made the decision to sell the bank to a private party.  After the sale, extensive remodeling was completed in 1977.  The steel and heavy glass front was removed, given to the Linn County Historical Society, and is currently displayed in the Linn County Museum in Pleasanton, Kansas.  The bank was robbed a third time in October, 1977, after the security front had been removed.

The Farmers State Bank of Blue Mound expanded its locations by purchasing the Bank of Pleasanton in 1989 and the Garnett Savings and Loan in 1990. The bank has served Linn and Anderson counties and the surrounding area for over 100 years and has been privately held since 1975.